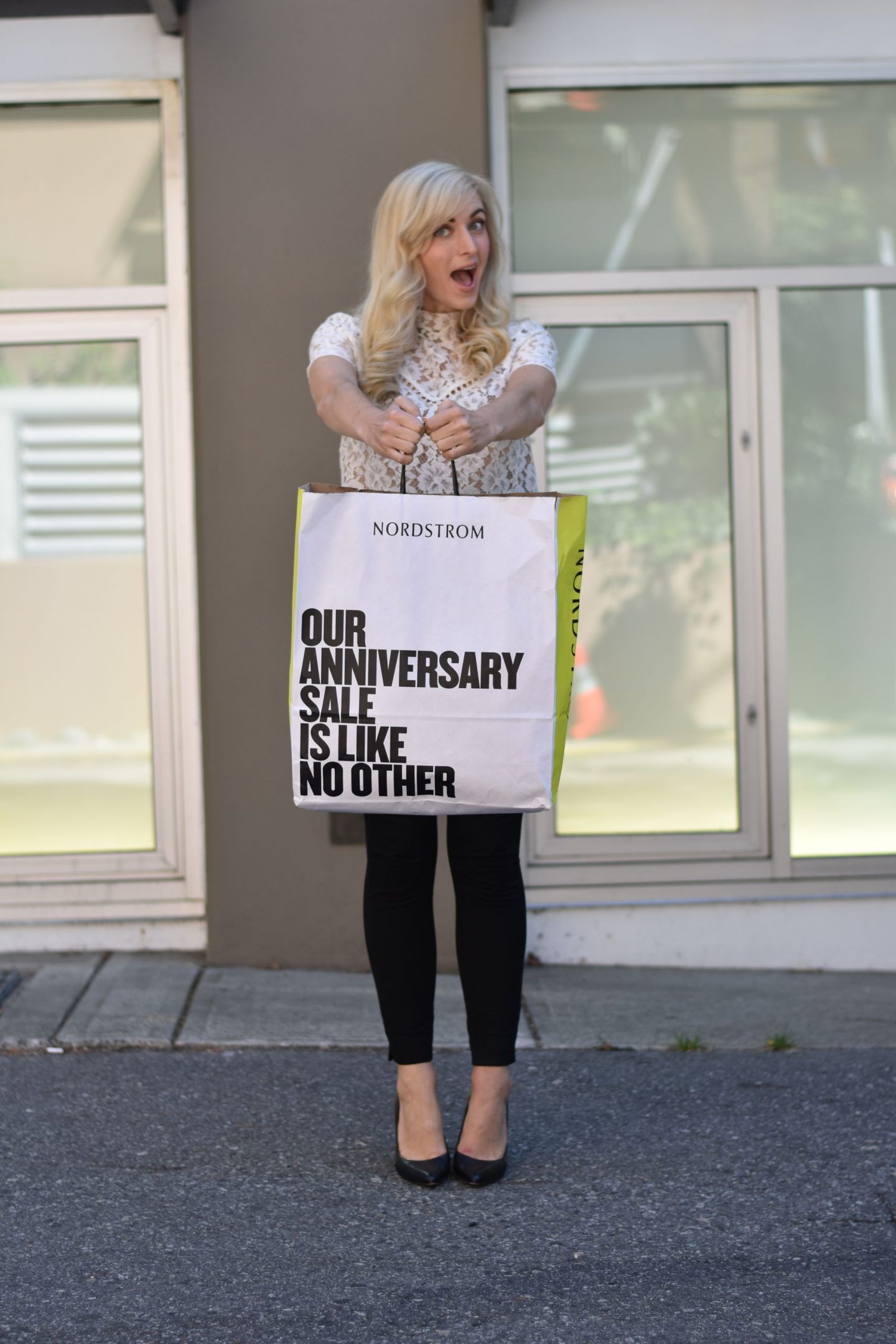 The Nordstrom Anniversary Sale (aka. the NSale) is an annual sale in which Nordstrom releases new fall merchandise at ridiculously discounted prices. This is different than any other sale out there, because these are not last season’s items on sale. These are brand new items from some of the biggest designers (think Tory Burch, Kate Spade, Sam Edelman) that are on sale for a few weeks only before going back up to regular retail prices. This sale is thus the BEST way to do your fall shopping! But, wondering how to shop the Nordstrom Anniversary Sale if you’re in Canada? I’ve got you covered below.

When Does it Start?

This year the #Nsale starts early access  July 12th . The sale then opens to the general public on Friday July 19th and runs until August 4th. On August 5th all items go back up to the full retail price.

Early Access runs from the 12th – 18th. To shop early access you have to be a Nordstrom cardholder. They used to have both a Nordstrom credit card & debit card, but they now only have the credit card option. If you’re American, it and shop at Nordstrom semi-regularly it is absolutely worth it to get the credit card to shop this sale.

Unfortunately, you can’t get the Nordstrom credit card without a U.S. billing address. I called and spoke with customer service at Nordstrom on the weekend to figure out if there was any way Canadians could shop early access to the online Nordstrom website without a card.

Short answer? No. But don’t be disappointed – there are some things you can do! Read on for how to shop the Nordstrom anniversary sale if you are in Canada.

How to Shop the Nordstrom Anniversary Sale if you’re in Canada:

There are two main options for how to shop the Nordstrom Anniversary Sale if you’re in Canada:

For the third year in a row, Nordstrom Canada does now have their own early access to shop within the physical Canadian store locations. Similar to the US early access, to be able to take advantage of this early shopping, you need to be a Nordstrom Rewards Visa credit cardholder. The other thing that is important to note is that unlike the US, early access in Canada only starts three days before it opens to the public. Ie. early access in Canada is July 16-18, 2019 (unlike the US which as stated above starts on July 12th).

My two cents on this? I’m happy to see Nordstrom is at least trying to get something in place for Canadians to more easily shop the sale, but, considering it is not online and is only 3 days of early access, it’s certainly not the most amazing deal. There are better ways to shop the Nordstrom anniversary sale if you are in Canada!

The catalog is out now and lists a number of the items that will be part of the sale. Go through this now and make a list of the items you want – and put them in priority order. That way you can search for them one by one and add them to your cart right away on July 19th.

So many bloggers are obsessed with this sale, that chances are pretty good your favorites will do at least one (… or 5) posts on their picks from the sale throughout the early access period. This is another great way for you to see some of the items you may want to get come July 19th. As you know, us bloggers do get a commission when you shop through our links (it doesn’t cost you anything) so if you do see something you like here on LLB, I SO appreciate you clicking and ordering through that link!

I know this sounds ridiculous, but items in this sale go FAST. The most popular items often sell out on the first day. So, once you know some items you already love (from the catalog & your fashion blog research) go and purchase those right away! You can shop the rest of the sale to see if there are other items you want after you have done that.

Once you are on the Nordstrom website you can go under the shipping tab and change your preferences to see prices in Canadian dollars. This will help you make sure you stay on budget! Also, keep in mind that that shipping to Canada costs $9.95 (as a flat fee).

I hope you found this post on how to shop the Nordstrom anniversary sale as a Canadian helpful! I’d love to hear about your wants/purchases – keep me posted via comments (here or on later blog posts.) I will be updating my blog throughout the sale so be sure to check back frequently. As posts go live I will include their links below:

1 Easy Trick to Liven Up a…

Where to Shop to Build Your Work…

PREVIOUS POST
"Polka Dot Top"
NEXT POST
"Where to Shop to Build Your Work Day Wardrobe"
22 comments so far.