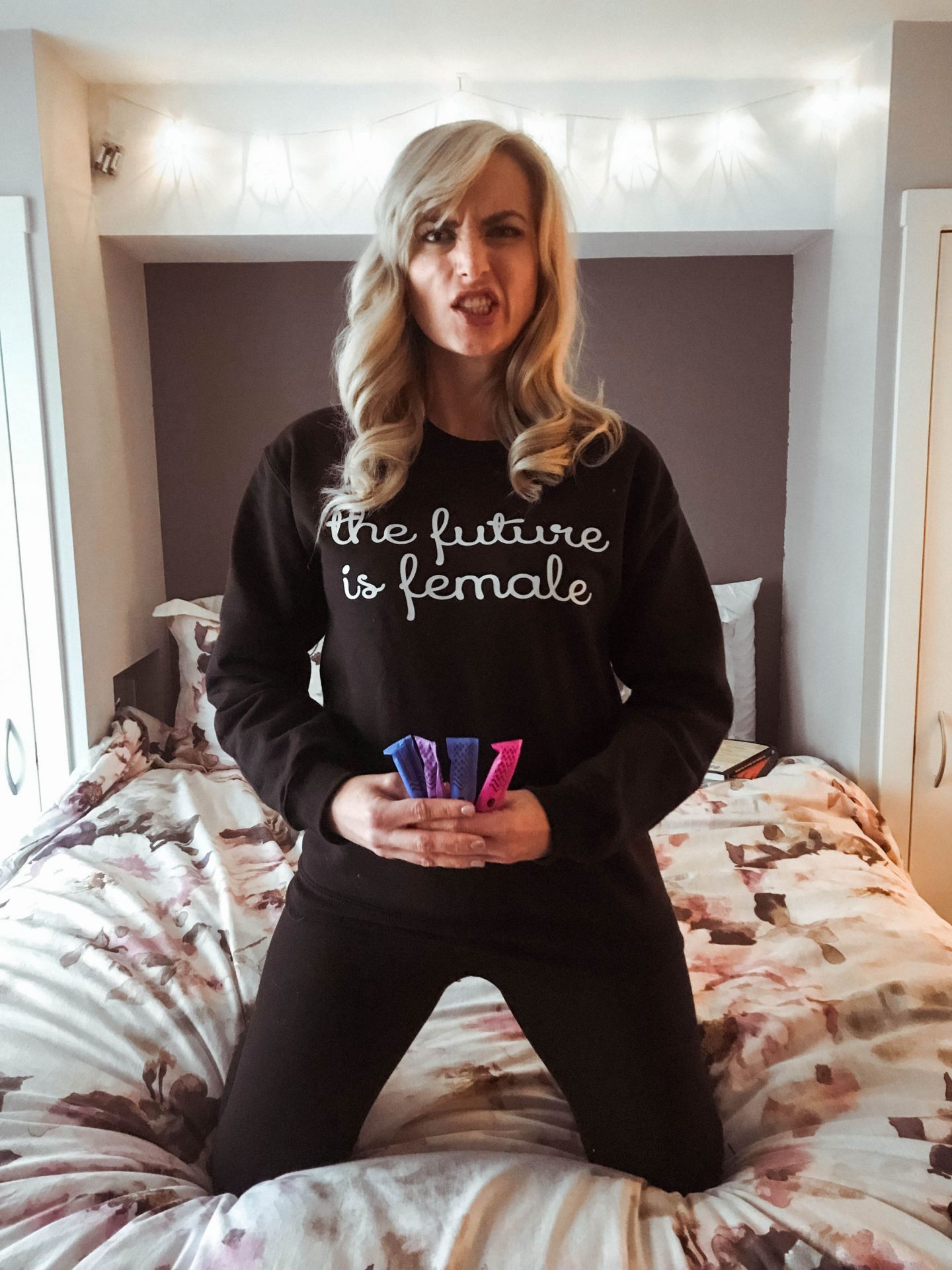 Concerned by this title? Me too. But before discussing this, let me start by introducing a new category of posts here on LegalLee Blonde – Real Talk. As much as LegalLee Blonde is a source of fashion inspiration for working women, you’ve probably noticed that I also love sharing other content that I think is relevant to all of you amazing, inspiring, hard-working women.

One thing I want to share more of is information on issues affecting women. Whenever I come across an issue or a topic that I think you’ll want to hear about, I’ll be sharing it under the category “Real Talk”. I’ve added Real Talk to the headings bar on my blog, so you can easily find these posts.

I’ve also gone back and added some older posts to this tab – including my 5 Career Goals Every Woman Should Set for Herself in 2018 – so there’s already some reading material there for you to check out! 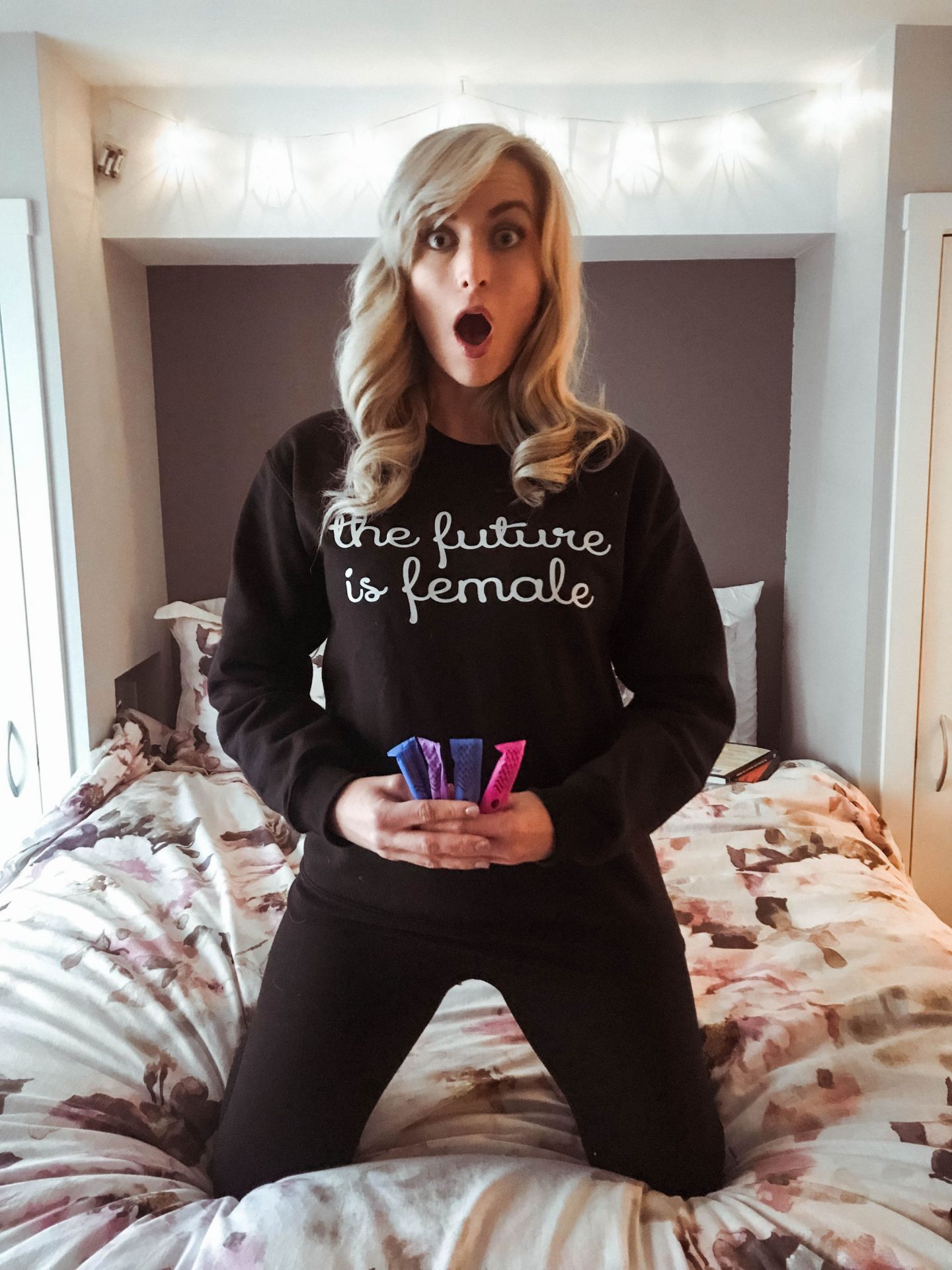 “The Future is Female” Sweater

Inspired by my girl Kelsey from Blondes & Bagels, today I wanted to talk about something many of you probably don’t know about – a luxury tax on tampons. That’s right – a “luxury” tax. What that means is that simply by being a female and having a period you are paying a tax; a “period tax” if you will. Let’s break this down more:

What is the “Period Tax”:

I won’t get into a full-blown analysis of taxes (I’m having traumatic flashbacks to my microeconomics class during my Master’s Degree just thinking about that) but really simply: states and provinces levy a tax on non-essential items. This tax has been nicknamed the ‘luxury tax’ and in a lot of states & provinces tampons are subject to this tax. Essential items are not subject to this tax. Essential items include (broadly) food and medicine and … wait for it… condoms.

That’s right, condoms aren’t a luxury but tampons are.

What all of this means is that policy makers / the government consider tampons a “luxury” and in essence are making you pay an added tax simply for having your period. Pretty sure I would poke my own eye with a pen or swim with jellyfish before I would call having my period a luxury; and I’m sure most of you agree.

How Much Does The Period Tax Really Cost Women:

According to The Office of California Assemblywoman Cristina Garcia (thanks again to Kelsey for finding this stat)  it is estimated that women who menstruate spend $7 per month for 40 years on tampons and pads, thanks to the “period tax” or “tampon tax”.

Granted, that number includes pads which – as far as I can tell from digging are not subject to the luxury tax in the US – but regardless the money spent would still be significant. For Canadians, the luxury tax was previously on pads as well so that $3,000 value is probably pretty accurate for us Canucks. 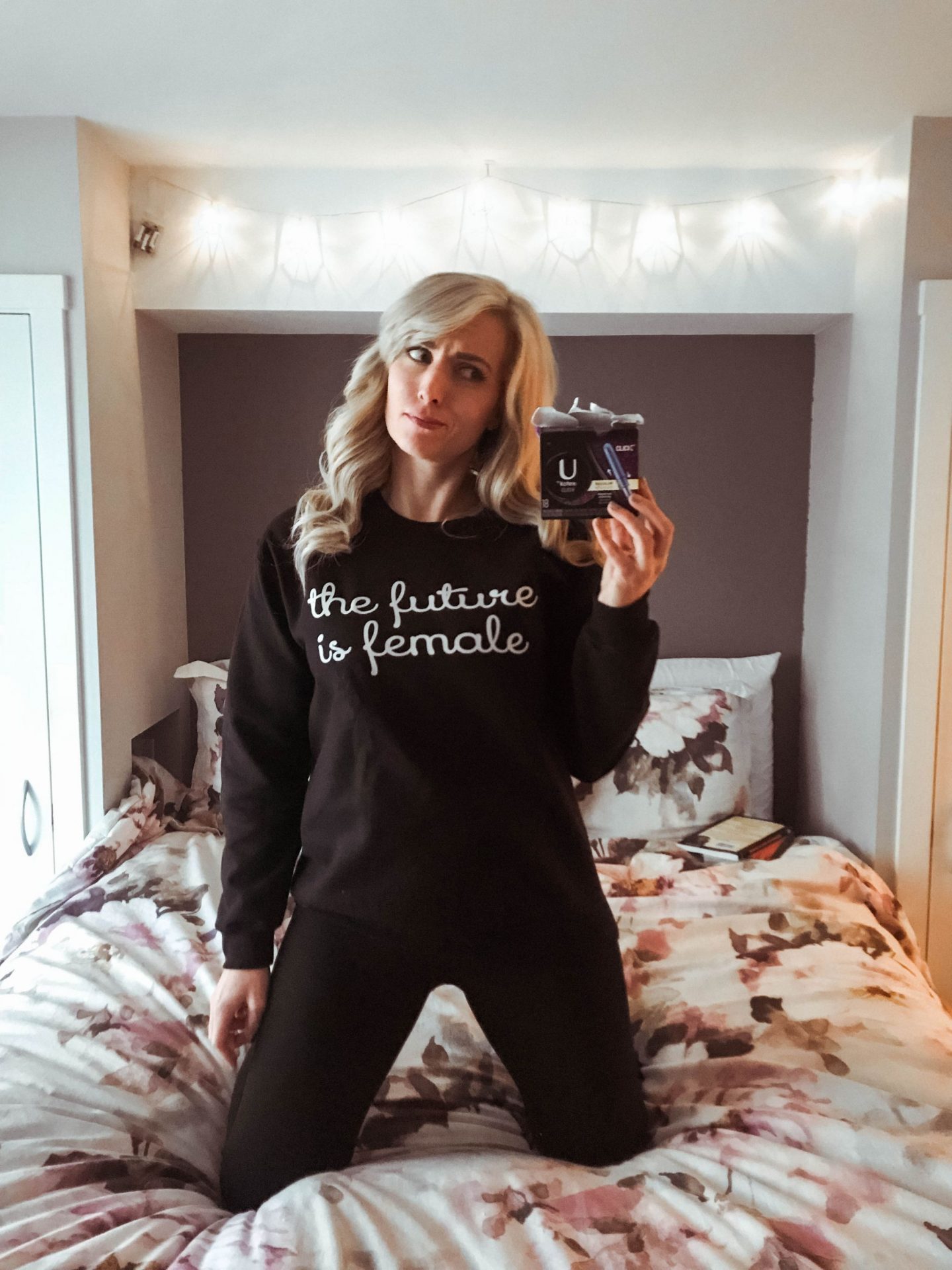 Are You Being Affected by the Period Tax?

You very likely are. Currently 40 states have a luxury tax on tampons. Of the 10 that don’t, 4 don’t have it simply because they have no sales tax at all (Oregon, Montana, Alaska, New Hampshire). However, as of the end of 2017 24 states have now introduced legislation to eliminate the tax – but we need to make sure these bills go through (more on how to do that below!)

Up until 2015 all provinces had a luxury tax on tampons via GST & PST. As early as 2004 Members of Parliament began bringing bills to try to end the federal tax (GST) with no success. In May of 2015 the issue was discussed in the House of Commons and the motion to remove the federal tax passed unanimously. As of July 1, 2015 there is no federal tax on tampons.

That does however still leave us with the issue of provincial tax (PST). Saskatchewan and Quebec have eliminated any PST on tampons, but not all provinces have.

If you’re Australian, I likely don’t need to tell you about this, because this issue is actually a huge topic right now. As of just yesterday, the Labour party announced that if elected they would remove the tampon tax. Definitely an issue worth reading more about if you are Australian or are eligible to vote in the upcoming election.

Unfortunately I can’t research the tax laws and regulations in every country, but what I can say is that many countries do tax tampons in a way similar to the luxury tax. Do some digging and find out if your country does!

How You Can Help End The Period Tax:

Since so many states still have a luxury tax on tampons there is a massive US Petition to End the Tampon Tax. Make your voice heard, and sign the petition today. Even if you aren’t American you can sign to lend your voice – I did!

Thanks so much for reading this post. I hope you learned something and are as passionate about this as I am. Let me know your thoughts on this post and on the “Real Talk” series in general!

**Resources used in fact checking this post include, but are not limited to: Canadian Menstruators, Change.Org Petition on Menstrual Tax (and associated updates) & Maclean’s Magazine.

linking up with: hello monday // #howispring // mix it mondays // on mondays we link up // the lookbook // creative mondays // the style file

The Worst Things About Being a Criminal…

Dressember – Fight Human Trafficking by Getting…