What You Should Know About The Abortion Laws: A Criminal Lawyer’s Perspective 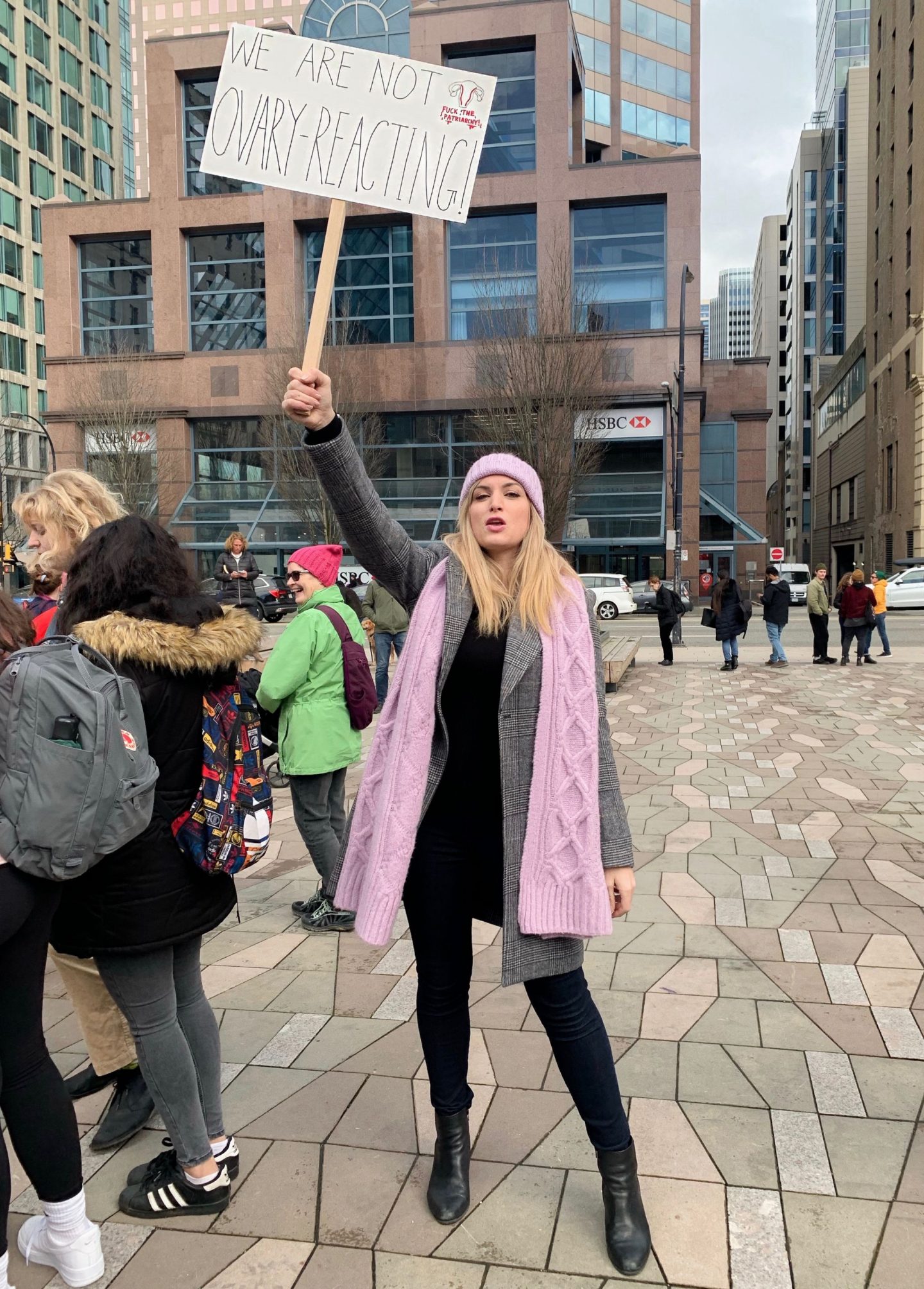 What to Know About New Abortion Laws

Last week the state of Alabama passed the most restrictive abortion law currently in existence in the United States of America, banning abortion outright and making it punishable (for doctor’s performing abortions) by up to 99 years in prison.

This got the world’s attention.

But this is just one piece of a very complex puzzle that goes to the heart of the legal system, human rights, and the role of government.

Let me be very clear. I believe that these laws are not about being “pro-life”. These laws are about control. These laws ensure the perpetuation of cycles of poverty. If the issue here was really about protecting life, the supporters of these bills would be advocates of greater funding to the foster care system, better access to parenting resources, and greater investment in childhood education.

Because this is not about protecting life.

This is the systemic dismantling of women’s rights.

So what do you need to know about the new abortion laws? I’m going to break it down into categories.

Disclosure: Before I get into this let me make a few things clear. 1) I’m a criminal lawyer & am sharing this information as someone who has a background in this area. I am not however giving legal advice of any kind nor do claim to be an expert on abortion law. 2) I will undoubtedly receive hate for this post. This is a highly divisive issue, but at the end of the day I cannot in good conscious stay silent. This is a full on attack on human rights & staying silent is an act of compliance. These laws and the road we are heading down will kill people. Women will die because of these laws and I cannot stand by and watch that happen. As Desmond Tutu so poignantly said;

“If you are neutral in situations of injustice, you have chosen the side of the oppressor.”

The 1973 Supreme Court of the United States decision in Roe v Wade declared abortion access a constitutionally protected legal right. This is the seminal case people refer to when discussing the legalities of abortion.

In 1992 the Court heard Planned Parenthood v Casey; a case stemming from changes to Pennsylvania’s abortions laws in the late 80’s. The Supreme Court re-affirmed Roe, though they did allow for some restrictions on abortion as sought by Pennsylvania including mandatory waiting periods.

What really launched this into the public eye is the total ban imposed by Alabama last week. This legislation is a total ban on any abortion, including where the woman was raped. Punishment for doctors performing abortions could be as high as 99 years in prison.

I should probably take this opportunity to point out that Alabama has the lowest female representation in government of any state in the United States of America. Alabama has only 15% women in state representation. Laws directly aimed at women’s bodies are being made with almost no input from women.

Sadly it does not end here. There is so much more going on than just Alabama’s abortion ban. What to Know About New Abortion Laws: Many states are using the focus on the total abortion bans to their advantage and are passing restrictive abortion legislation that effectively achieves the same result – making it de facto impossible to get an abortion despite no complete legal ban. For example; Kentucky.

In Kentucky there is only ONE remaining clinic that performs abortions.

You read that right. One clinic. For the entire state.

The governor of Kentucky, Matt Bevin, has made it clear that his goal is to make abortion illegal in Kentucky. At the time of his election three years ago, there were three clinics in Kentucky performing abortions. In just the three short years he has been in power he has succeeded in closing two of them. He is now after the one remaining clinic on what is the most ridiculous legal ground.

I’m not an expert on the case, but from what I know the current clinic operates by way of a memorandum of understanding with a nearby hospital. The way the Kentucky abortion legislation reads, this agreement is necessary for abortions to be legally performed. The current memorandum is signed by someone at the hospital, I believe it is the head of OBGYN. A case was brought forward arguing that this was not sufficient and that it was not legal without the signature of the CEO of the hospital, who refuses to sign. Therefore, the argument is that it is not legally binding and thus there is no memorandum which would allow abortions to be legally performed. This case is currently under Appeal.

When Trump was elected he made a specific campaign promise to appoint judges to the Supreme Court who would overturn Wade, and he has been living up to that. Trump has appointed two Supreme Court judges, both of whom have vocalized their anti-abortion beliefs.

What to Know About New Abortion Laws: It is important to understand legislation does not take effect immediately. As of today, abortion is still a constitutional, legal right protected in all 50 United States. The current Alabama abortion ban does not go into effect for 6 months.

Roe v Wade is still binding law, and until / if the Supreme Court of the United States takes up one of these challenges that remains the case.

That does not mean that we do not need to be worried. It is a very real possibility that Roe v Wade could be overturned, for all the reasons discussed above.

Don’t be lulled into a fall sense of security that this could all change in 2020 with the election. Even if the Democrat’s take back the senate and keep the house, this ‘war’ will continue to rage at a state level. Any changes in federal politics, while they may have a huge impact on what eventually comes down federally, will not change the hostile climate that exists at a state level in many red states. We will need to keep fighting again and again to ensure that a woman’s right to dictate the choices of her own body is protected.

Leading the fight against these legal changes are two key organizations; the ACLU (American Civil Liberties Union) and Planned Parenthood. The ACLU currently has filed challenges to bans in both Kentucky & Ohio, and as of today’s writing, are working on filing challenges in both Alabama & Georgia. They will be filing as many challenges as they are able to.

1) Donate, Donate, Donate:
If you are financially able please donate to help the organizations fighting. I’m personally a monthly donor of the ACLU, and I highly recommend supporting them if you are able. Other great organizations include:
– Planned Parenthood
– Access Reproductive Care – South East (ARC)

2) Volunteer as a Clinic Escort (more info here):
If you’re able to volunteer your time, and are comfortable with being on the front lines, being there to assist a woman in need is invaluable.

3) Educate Yourself:
The more you know the more you can help. Some articles I have found helpful: Washington Post, Vox, Shondaland.

4) Speak Out!!!
Your voice is a powerful tool. Let your friends & family know what’s happening. Use your education on this issue to educate others. Use your voice to speak up to your government representatives and make sure they know where you stand on this issue.

There is a lot of work to be done, but I still believe in the power of the people and the fact that we can ensure women’s rights are protected. There are strong voices fighting for us, and we need to take up the charge with them. 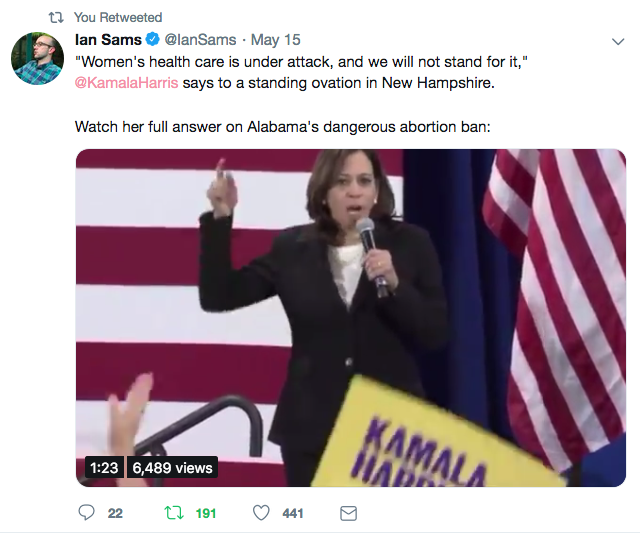 What to Know About New Abortion Laws

Real Talk: Why I Will Always Tell…

Real Talk: Why You Should Go To…

24 responses to “What You Should Know About The Abortion Laws: A Criminal Lawyer’s Perspective”