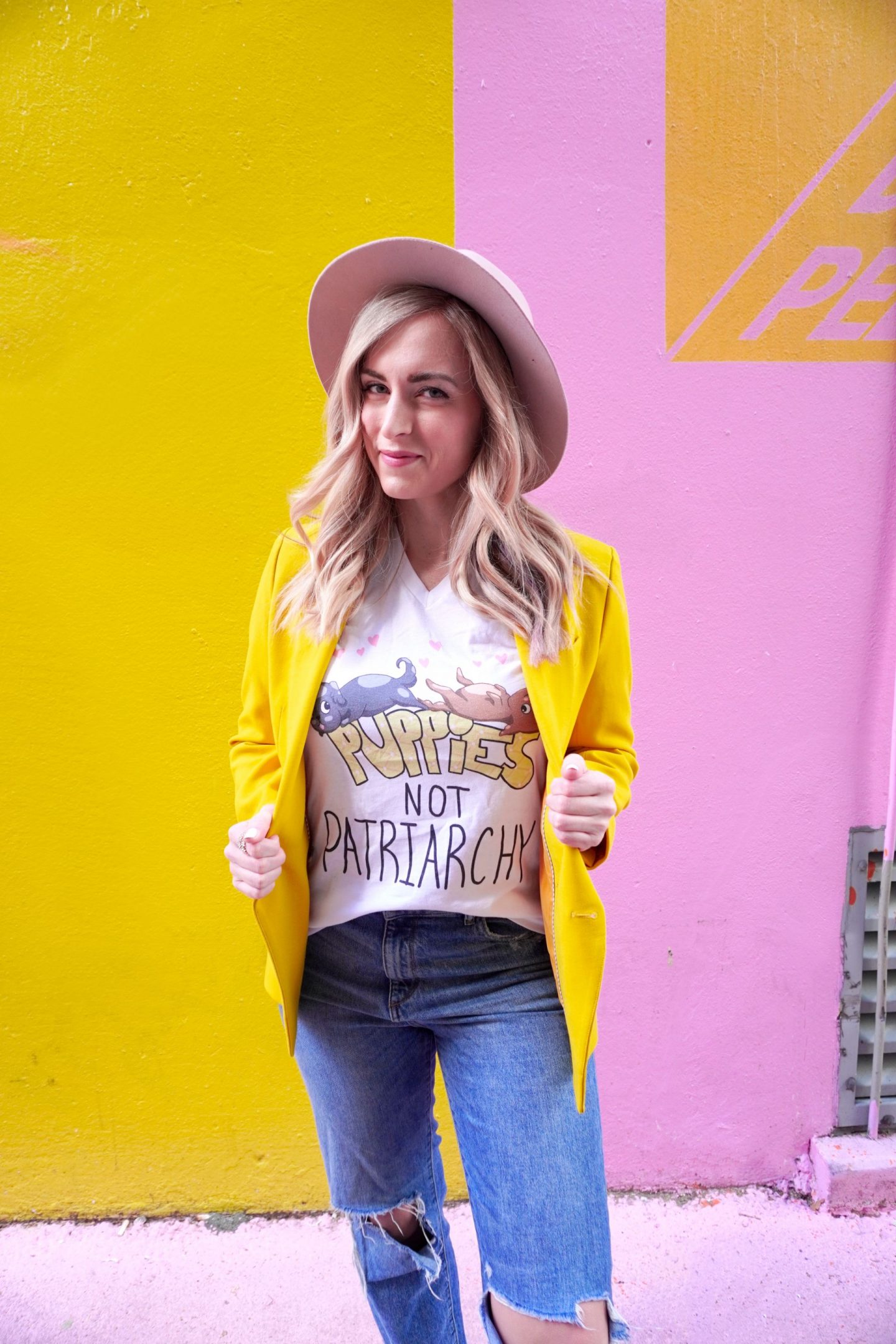 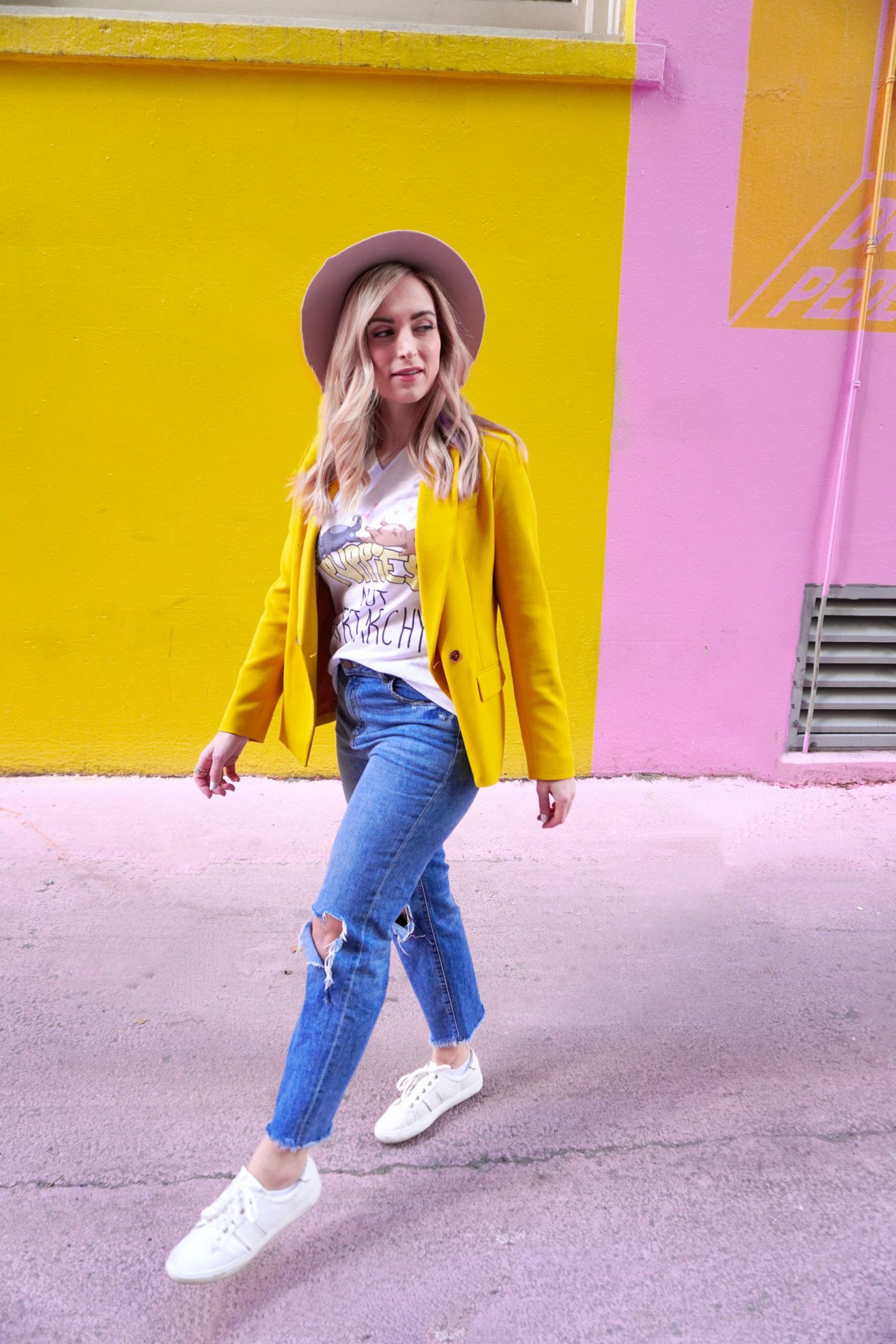 Jane Fonda is an actress, business woman and activist. Her acting career began in the 1960’s at which time she quickly rose to Hollywood (and Broadway) stardom; being nominated for seven Academy Awards in the 60’s and 70’s. She won the Academy Award for Best Actress twice! What most millennials like myself likely know her from though is her workout videos.

Fonda released her first workout video in 1982 and released 13 more workout videos over the following years. Her initial workout video actually holds the record for the highest selling VHS tape of all time (which the nostalgia nerd in me finds super cool). In any event, throughout the 80’s Jane Fonda was known for whipping our mom’s butts into shape while rocking absolutely epic neon 80’s workout gear.

But you know what else Fonda was up to in the 70’s and 80’s?? She was busy creating a name for herself as an activist that stood up for human rights, the environment and more. She was a vocal opponent of the Vietnam War and more recently has spoken out against the Iraq War, the lack of government measures taken to address climate change, and spoken up for women’s equality.

I’m inspired by Jane Fonda because I love seeing people use their influence and their voice for good. I’m gonna guess Fonda is sitting pretty on millions of dollars to her name. She doesn’t need to put herself out there for causes, but she does. I love that she has been an activist all her life and has never shied away from standing up for others.

Fonda is one strong feminist who uses her voice to speak up for those who can’t. She has famously spoken out against the patriarchy noting that feminism and the equality of woman is not a female issue; it’s a societal  issue. Dismantling the patriarchy, she has said, will only serve to benefit both men and women equally. 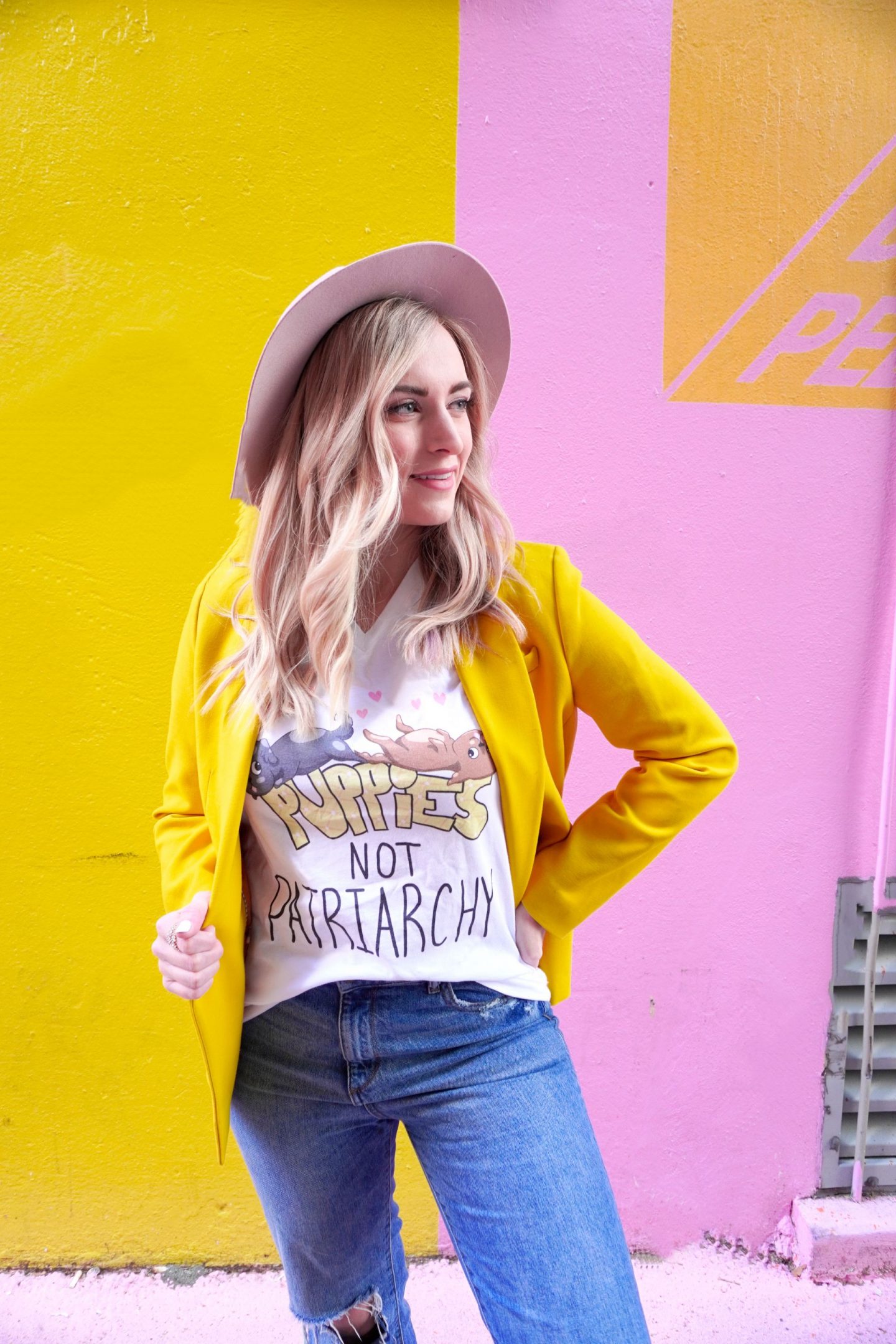 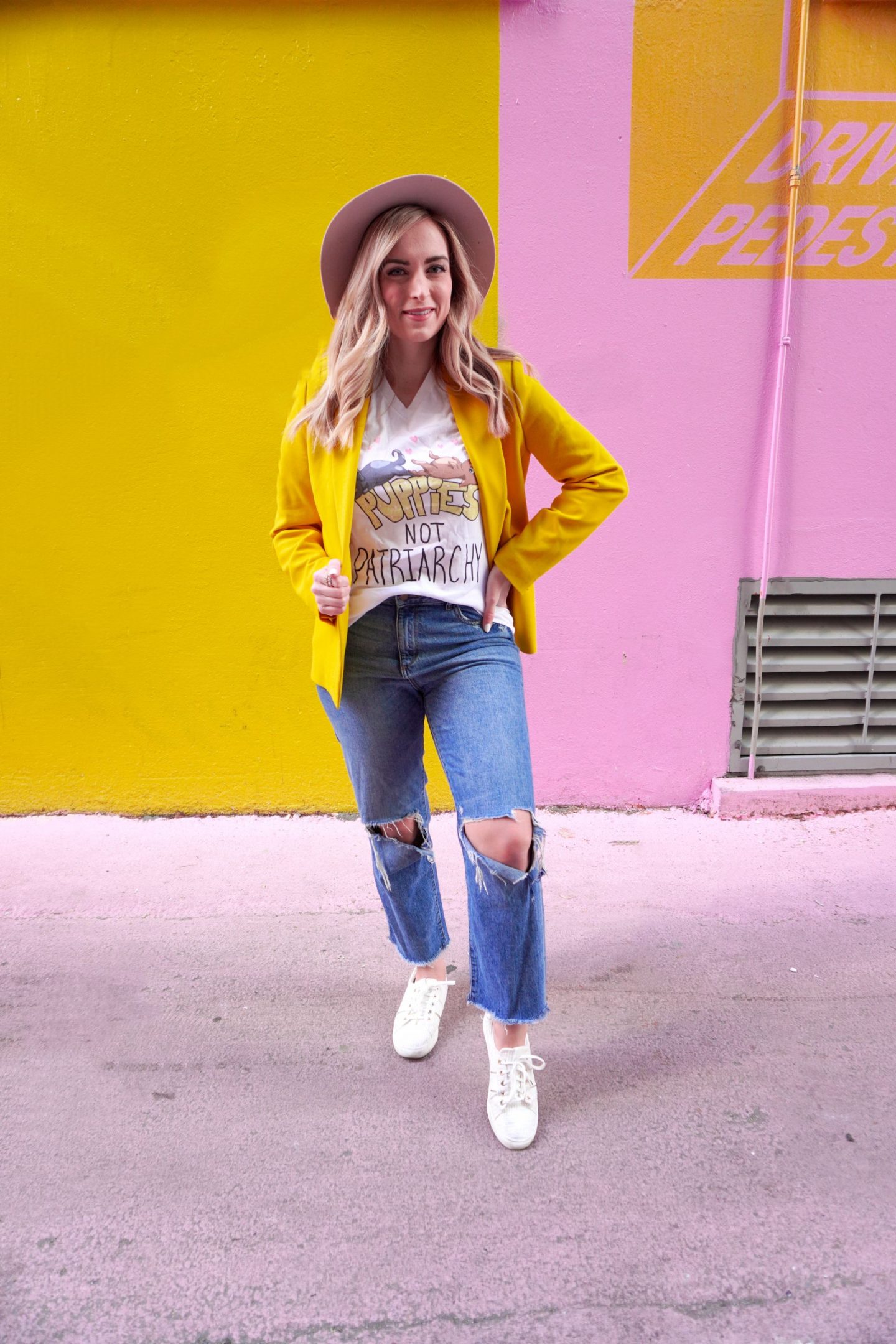 So on that note … PUPPIES NOT PATRIARCHY! 🙊 I saw this graphic tee and knew it would be the perfect one to wear for this Inspired By Jane Fonda post. I think Jane would approve, don’t you?

As far as the rest of this outfit, I’m wearing some of my absolute favorite wear-far-too-often pieces for spring: my pink felted hat and my white & gold sneakers. This pink hat is probably my favorite thing in my closet right now and I can’t recommend it enough. There is nothing like a hat to elevate any outfit and just make you feel cool. My hat is absolutely worth the price tag in my opinion, but I do know that it’s pretty expensive so I found a similar pink hat under $30 to share with you!

My white & gold sneakers are my current favorite shoe. They are comfortable and casual, but the textured material and gold detail elevate them enough that they don’t look out of place when worn with a work day outfit while commuting to work. (… Not that any of us are doing that right now but, ya know, for the future lol).

Overall this exact outfit is something you’ll find me re-wearing this spring/summer and wearing this as a general outfit formula as well. In other words:

The Perfect Floral Gown for Your Big…

PREVIOUS POST
"Inspired By: Taylor Swift"
NEXT POST
"What I Stress Shopped While Social Distancing"
26 comments so far.

26 responses to “Inspired By Jane Fonda”