Unless you’ve been living under a rock the last two decades, you likely know who Taylor Swift is and have some opinions on her. I’m Inspired By: Taylor Swift; more now than I ever was before. I’ve liked Taylor’s music since “Teardrops on my Guitar” (*so good right*), but I was definitely one of those people who questioned her ‘nice girl’ act and didn’t fell inspired by her, I just liked her music.

Flash forward about a decade and now I am proud to say that I am in awe of and inspired by Taylor Swift. 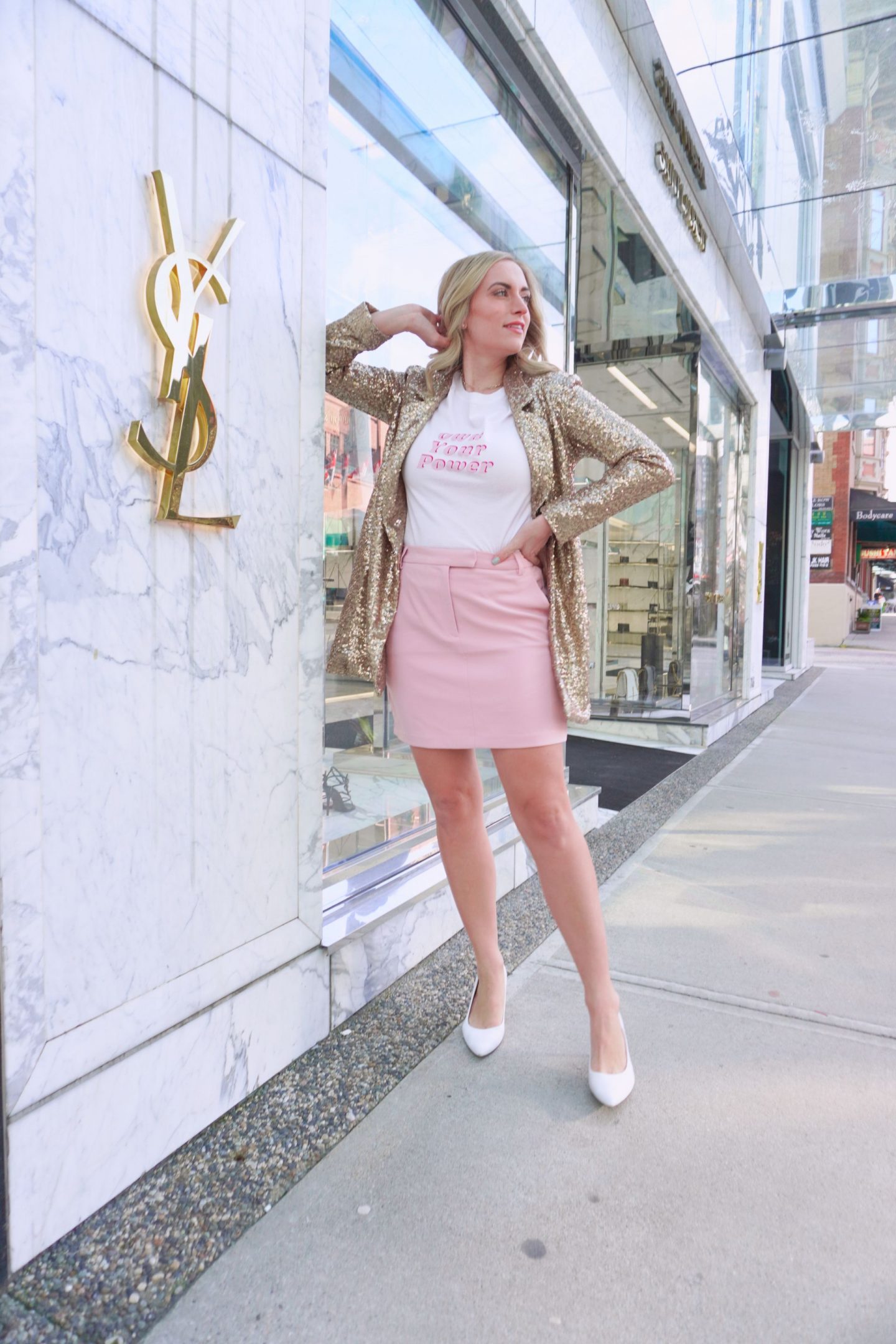 Over the past year Taylor Swift has gone from young, amenable, musician to a woman in control of her own brand who speaks out on issues that matter. Over the past year or so Taylor Swift has really begun to change her tune (pun intended) and use her influence to raise awareness and speak her mind. When I really started taking notice of Taylor Swift as someone to look up to, not just an amazing artist, was in 2017 when Taylor Swift sued former morning show host David Mueller for sexual assault. What drew my attention to this was the fact that Mueller filed a law suit against Taylor claiming her complaining to his bosses about his behavior got him fired and thus he sued Taylor civilly for damages. Taylor counter-sued for the whopping sum of ONE DOLLAR to simply stand up for herself and the idea that she would not stand idly by and let this man get away not just with groping her butt but then taking her money as ‘damages’. The Jury sided with Taylor Swift and she won her suit. This was a big deal in it’s own right as far as sexual assault/harassment cases go, but even more so since it was so heavily publicized in the media. I was really inspired by Taylor’s strength in standing up and doing this!

Next up: her challenges with Big Machine Records! While I didn’t follow the legal intracacies of this, what I do know is that Taylor had to fight tooth and nail to get out of a contract that basically owned her voice and everything to do with her image. The execs at Big Machine Records didn’t even want to allow her to play any of her own old music since they owned it. Again, Taylor stood up and fought against this injustice.

Finally: Taylor Swift has started using her extreme influence to stand up for what is right and that is something that will always impress me and that I will always admire. I watched a really interesting interview in which Taylor talked about how she is and always has been hugely supportive of the LGBTQ community and she was upset when she heard from friends/fans in that community that they didn’t really feel that support. She talks about how she realized she couldn’t be ‘the nice girl’ without opinions any longer and she needed to throw her voice behind causes that matter – including support for the LGBTQ community. Side note: Apparently that was a huge motivator behind the “You Need to Calm Down” music video.

If you haven’t watched the Taylor Swift documentary on Netflix; Miss Americana, I HIGHLY recommend it. It talks more about her speaking up politically and raising awareness of important issues.

…. She also has INCREDIBLE outfits throughout the whole documentary; so there’s also that lol. 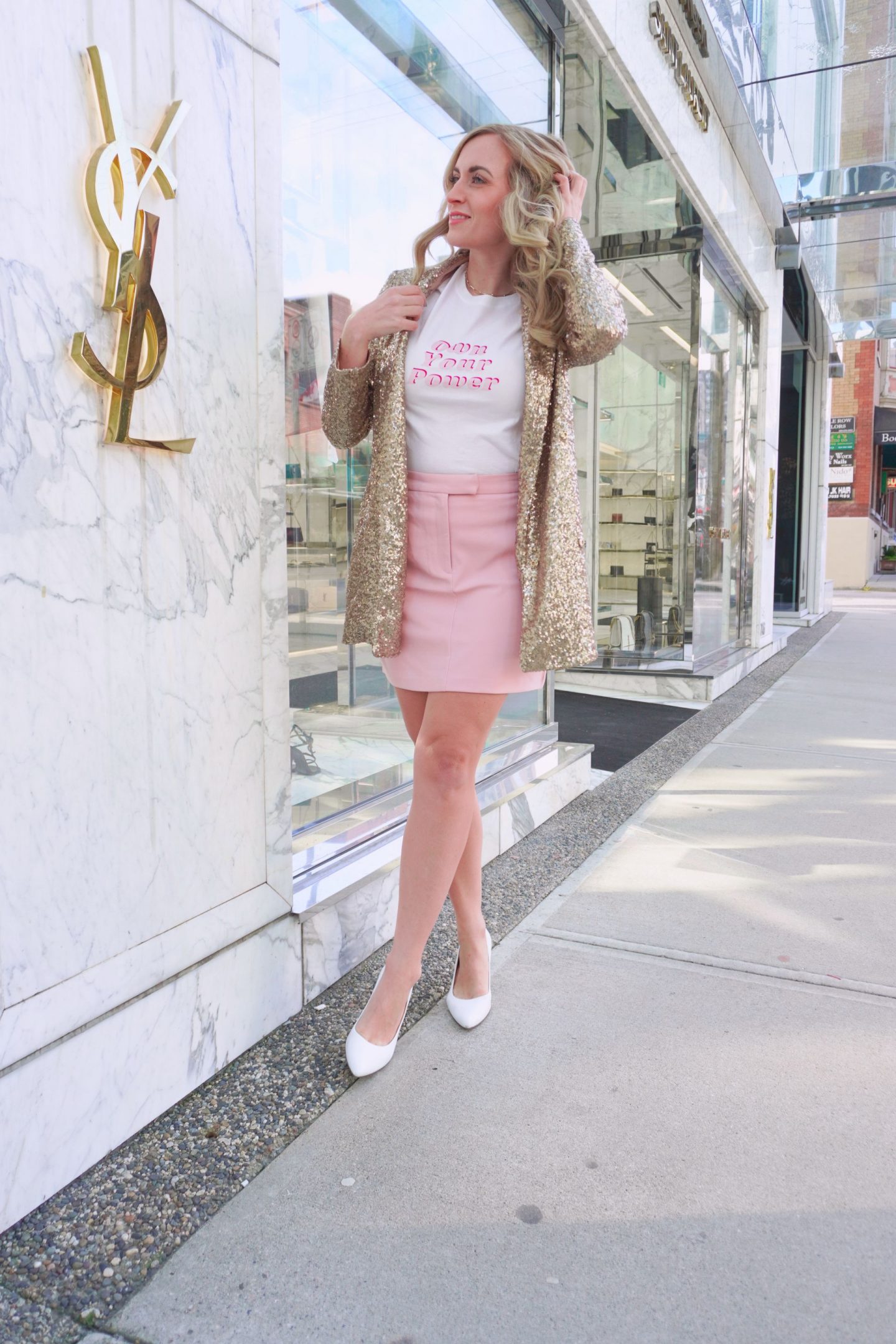 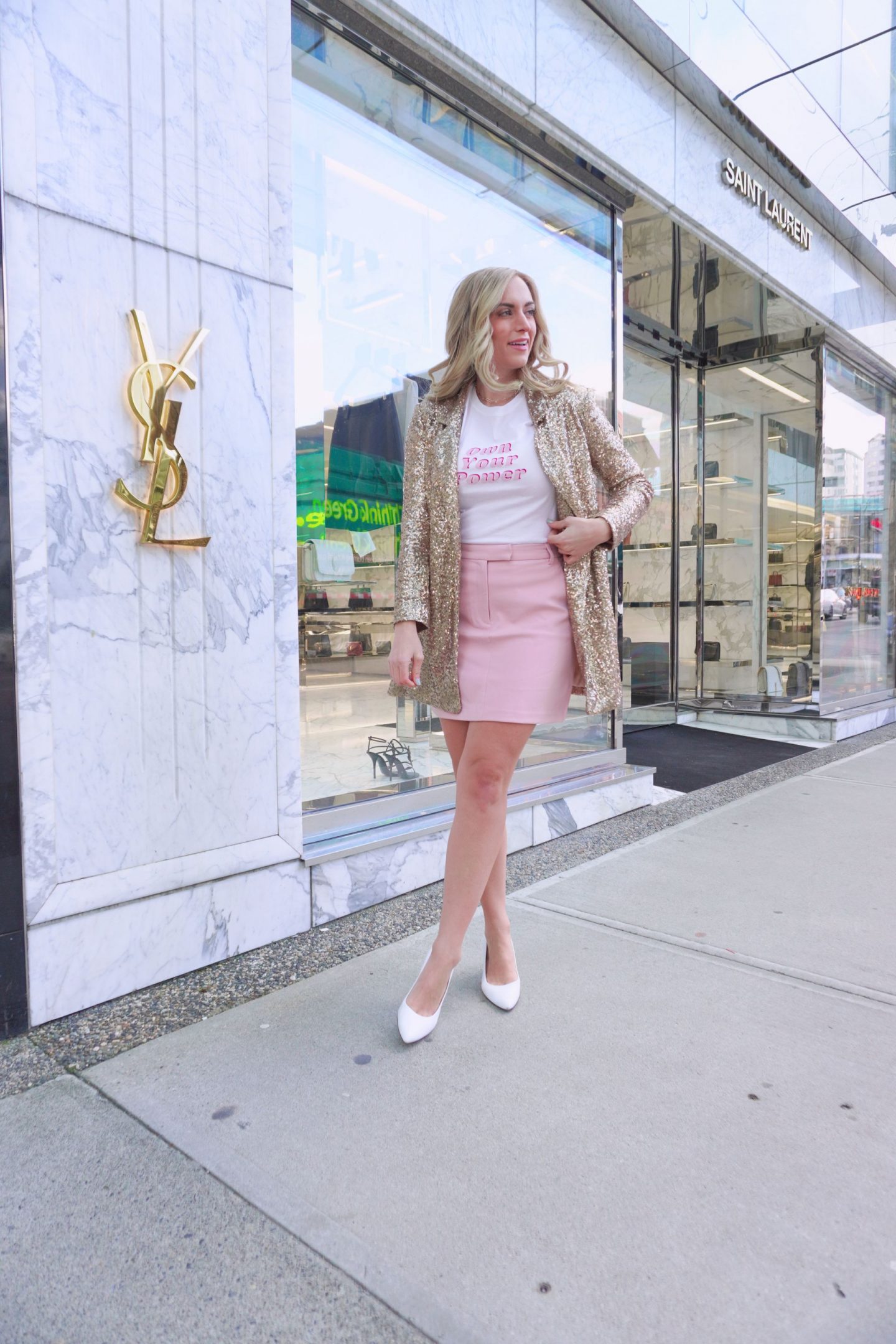 On to fashion!! This outfit, of course, is inspired by Taylor Swift! I could thing of nothing better to represent what I love so much about Taylor than this “own your power” graphic tee. It fits true to size and is on sale right now for less than $13! I paired it with a pink mini skirt and my gold sequin blazer – because Taylor just screams gold sequin to me lol. Did you see the multi-colored sequin blazer she wore in Miss Americana?! I NEED it in my life. If anyone can figure out what designer made it please let me know!!

I accessorized this outfit with my go to white heels (… you know the ones I wear all the time – ex. one, two, three lol) and a dainty link necklace. Link necklaces are a huge trend right now and I love wearing them as layering pieces – this dainty one is especially perfect for that.

4 Trends to Wear This Spring (One…

32 responses to “Inspired By: Taylor Swift”