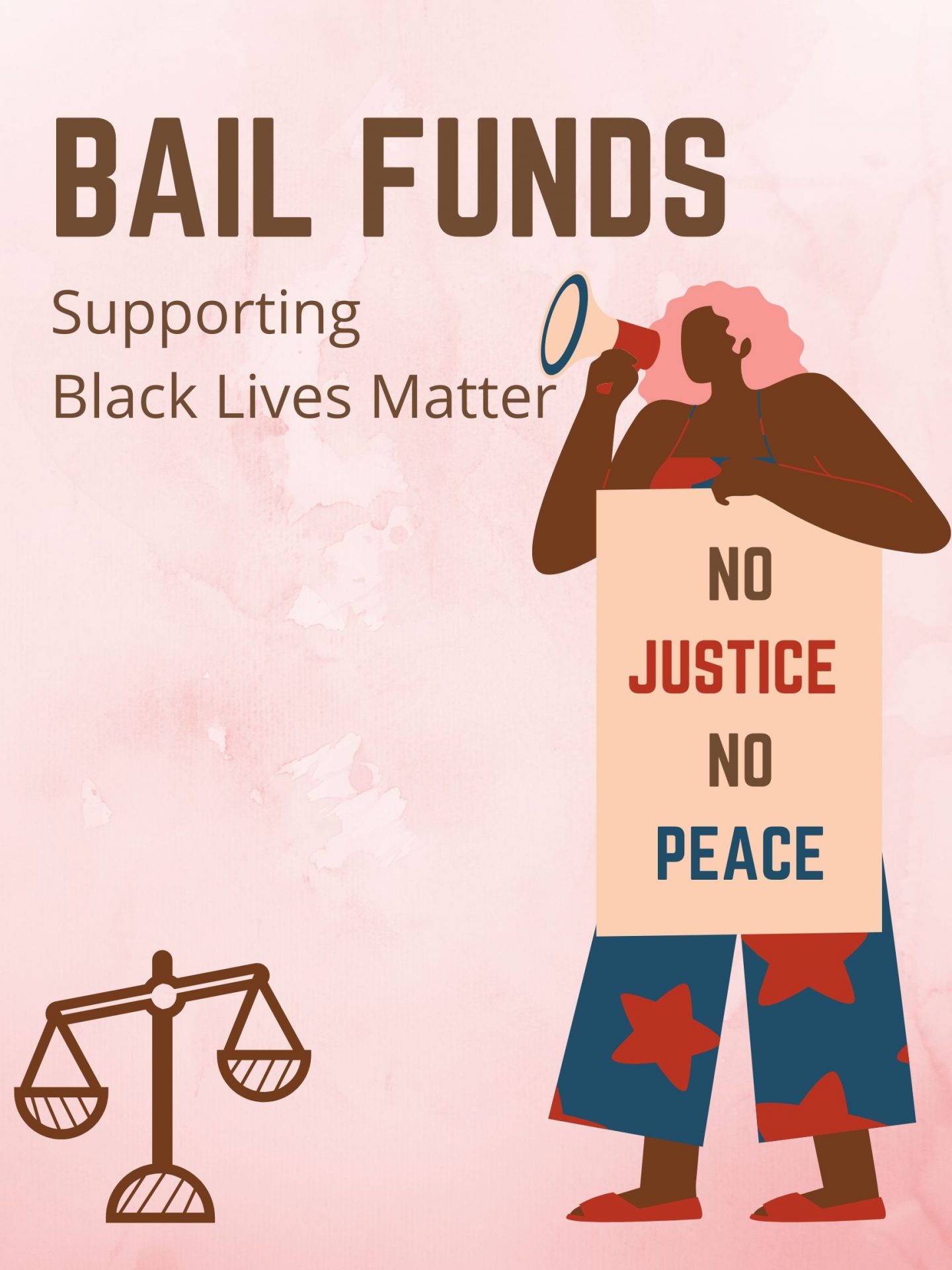 Like so many of us, I’ve spent the last week listening and learning. As dumb as it sounds, I didn’t know how much I didn’t know. And while I can never make up for the fact that it took my 34 years to start checking my privilege and doing the emotional labor to become a better ally, I can pledge to do better moving forward.

I’ve thought a lot about how to use my voice to support Black Lives Matter. That involved a lot of ego checking because sharing BLM content right now can come from a place of ego – for example, wanting to be seen as supporting the cause, or as doing the right thing. I firmly believe that what we need right now is to hear Black voices and to raise their presence across social media. As such, I was torn about whether as a white woman I should write this post.

I decided to because I want to use my unique perspective, knowledge, and experience as a defense attorney to be an ally to Black Lives Matter. One clear way to do that is to write about the injustices in the US bail system. With protestors being arrested left, right, and center and with a number of Black men & women in custody because they can’t make bail, one thing we can do right now is donate to bail funds supporting Black Lives Matter.

*please note: The following is not legal advice and should not be construed as such. It is a summary of some legal principals and ideas. In some cases the concepts discussed may be simplified or only applicable in certain jurisdictions. You should always seek legal advice from a criminal lawyer practicing in your jurisdiction for any specific legal questions.

Many people don’t know that the United States is one of only a few countries in the entire world that still uses the antiquated, classist system of cash bail. While other countries (including Canada) use cash bail in some instances, it is not standard and *usually* only imposed when counsel for the accused offers it.

By contrast, in the US & the Philippines – I think those are the only two countries in the world that do this – cash is a standard requirement to be released from custody while you await your trial. The economic injustice of this is just so glaring it’s a wonder to me how this still exists. It’s disgusting to think that if you are rich you can wait for your trial in the comfort of your own home, but if you’re poor you have to sit in a jail cell. This leads both to mass-incarceration of poor people and also to higher conviction rates. The reason for higher conviction rates is that if you cannot afford bail and are waiting in custody for a trial you are more likely to take a plea deal where the deal is for less time than it would take to get to trial.

Here’s a fake case example: a 19 year old Black kid gets arrested on a suspected 7-11 robbery. Let’s say he didn’t do it and even has a solid alibi – surveillance video in a gas station – showing he was clear across town at the time of the robbery. But, he’s arrested for it. Maybe he’s picked out of a photo line-up by the well-meaning 7-11 attendant who thinks he looks like the guy, or, maybe he’s identified because he lives in the neighbourhood and is seen later that night wearing a hoodie that matches the color of the hoodie in the 7-11 robbery. Who knows. There are a million reasons you could be arrested for a crime you didn’t commit. So here he is arrested and he goes before a judge. The judge sets his bail at $5,000  – “low” on their scale of things – because he’s a first time offender. He doesn’t have a way to access $5,000 so he remains in custody. Trials are set in order of arrest date, length of trial, witness availability, and a myriad of other factors all meaning that the trial could take place 7 or 8 months down the road. In the meantime the state prosecutor looks at the case, decides that there was no actual harm done to the store attendant & that the accused has no record so he offers a low sentence of 30 days. The defense attorney takes it to the accused who, despite having not done the crime takes the deal since it gets him out of jail way sooner than if he waited to prove his innocence at trial.

You may be wondering, “But how can he plead guilty if he didn’t do it?!” Well to “fix” this exact problem the US criminal justice system allows for a plea of “no contest” which, in short, means that you are not admitting guilt to doing the crime but you acknowledge that the state would prove it’s case and so you are pleading out.

The problem with that? Well now our ‘did-not-even-commit-a-crime-19-year-old-kid’ has a criminal record. Not only could he be under strict conditions for the next year, making it more likely he get arrested for making a simple mistake (like forgetting to check in with his supervisor) but he’s also now on the police radar and so more likely to get arrested in the future. There is a reason they refer to it (here in Canada too) as “the revolving door” of the justice system. Once you are in the system you are far more likely to be in again… and again… and again.

While this all sounds awful you may be wondering why this is a Black Lives Matter issue and why I’m sharing a post on Bail Funds supporting Black Lives Matter. In short, Black Americans are incarcerated at a rate 5x higher than their white counterparts.*  Among racial and ethnic groups, Black Americans also had the highest poverty rate of all Americans** meaning that even if they were arrested in equal numbers as white people (which we all know they aren’t, another major issue) they are less likely to be released from custody while they await their trial since they are less able to afford bail.

The US Criminal Justice system functions as a modern day tool of racial control. And while there are so many things we need to do to fix it, one of the most pressing needs while we still have the system we do is to help change the rate of pre-trial incarceration by helping post bail for individuals in need- donating money to bail funds supporting Black Lives Matter.

This is particularly salient right now with so many BLM protestors being arrested. They don’t deserve to be sitting in a jail cell and we can help.

Below are two national funds with short info briefs on each (of course I encourage you to read their websites to learn more) followed by an alphabetical list of Bail Funds by state. Please note, I am not affiliated with any of these organizations and do not endorse any one over the other. I encourage you to do your own research and make your own decisions before donating. This list is just the product of my personal research and I hope it serves as a tool to help you.

If you know of any other bail funds supporting Black Lives Matter that are not mentioned below – please let me know so I can add them. (Leave a comment with their name/info). Thank you!

The National Bail Fund Network
This national organization assists with coordination among state level bail fund and has centralized rapid response funds that redistributes monies based on the need at local bail funds. This is a great one to donate to if you want to ensure that your money goes to wherever it is most needed at the time.

The Bail Project
This is another national bail fund with a mission to combat mass incarceration and reshape the pre-trial custody system in the US. Similar to the National Bail Fund Network they distribute bail funds as needed – but don’t have the same rapid response set-up. What is cool about this one is that they are a ‘recurring bail fund’. Since much bail money is recovered at the conclusion of a case, they are able to cycle the same donation back through their system to help people in need repeatedly.

Alabama – Nobody Left Behind Fund

New Jersey – **This state apparently does not have cash bail! woo!

New York – Brooklyn Community Bail Fund
NOTE: This is for general donations. They are not posting protester bail.

Goal Planning ( aka. Succeeding Without Making…

The Best Things About Being a Criminal…