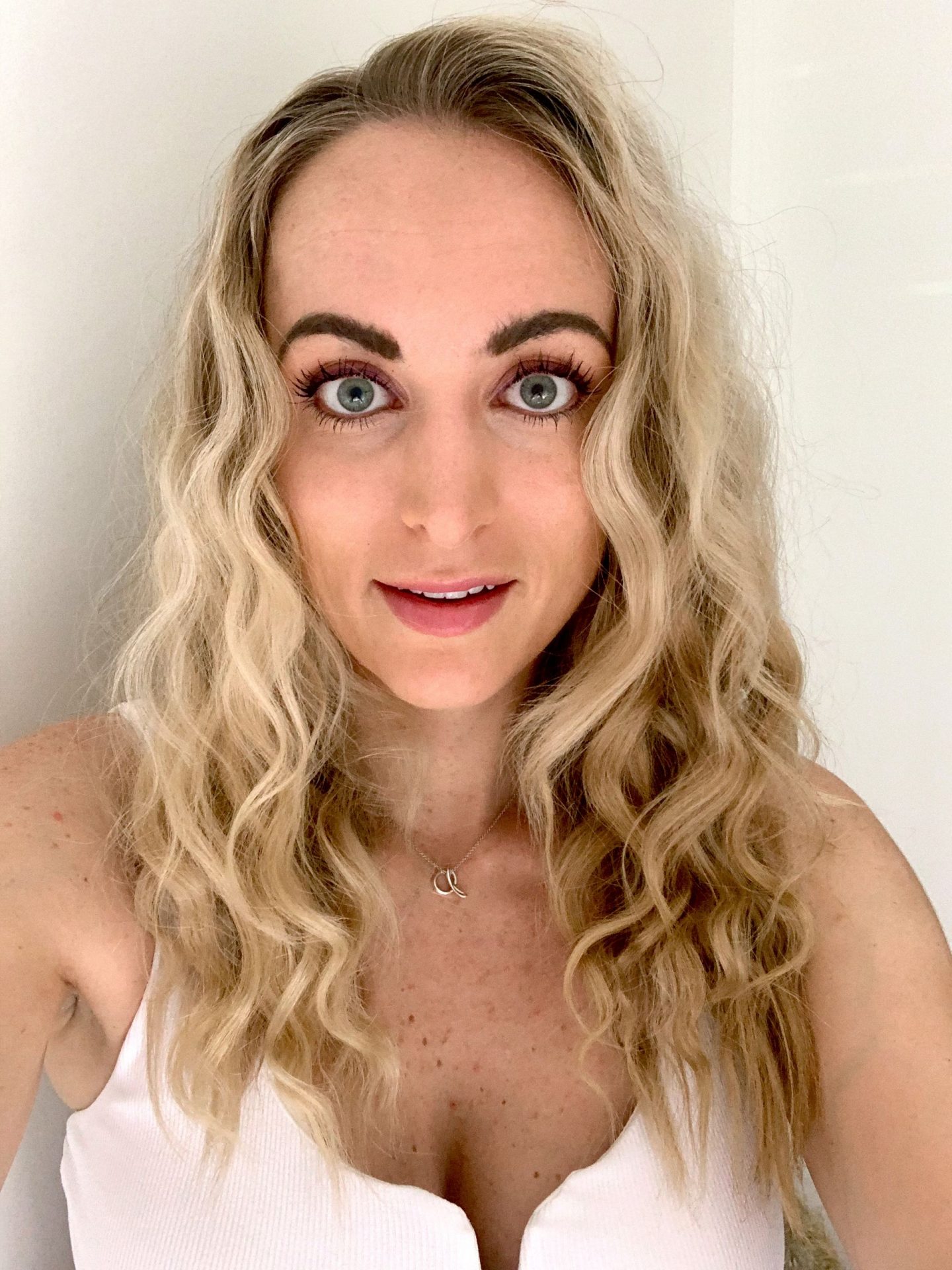 I’m the kind of person that rarely changes how I do my hair. I find a way that works and I stick with it. Case and point: I’ve been using this curling iron to do my hair for nearly 4 years! Recently though I’ve been experimenting with other ways to wear my hair (thanks COVID-time) and have been styling it with loose waves, as you can see above. I told Alex this was my ‘lazy day hairstyle’ because it takes no effort. I’ve worn it this way a lot on instagram these past few weeks and have received so many compliments and questions about how I do it. People have been shocked when I tell them it’s a no-heat hairstyle and my ‘lazy one’ at that!

I’ve got a step-by-step no heat beach waves tutorial below and a video at the end of the post if you want a visual for what I’m describing!

Start with damp / towel dried hair. Make a center part or a part slightly to the opposite side of where you normally part your hair. Brush through all the knots and divide into two sections.

Spray your hair with a texture spray. Spray liberally!

Step 3: Dutch Braid Each Side of Your Hair

This is the step you may want to watch the video for. A Dutch braid is similar to a french braid but instead of taking the new strand of hair and bringing it over as you would in a French braid, you bring the strand of hair under the other strand of hair. This creates a braid that stands out from your head rather than laying flush with it. This difference is important in order to get the waves starting right at the top of your head. You can do a normal French braid but the waves won’t start as high up and will be looser. The key to really getting these waves is to a Dutch braid! If you’re struggling with it just watch the video!

Step 5: Take Out The Braids / Finish the Waves

The next morning take out each braid, being careful not to pull too hard and damage the hair. Use your fingers to comb through them. Take a comb or brush and part your hair to whichever side you want to wear it. Take a paddle brush (I recommend this brush) and brush through just the first inch or two of hair to soften it and set your hair at the part line you want it at. By having braided it in the center/slightly to the opposite side and now moving it to the part you want you’re creating more volume to your waves. Be careful not to brush too far down the hair as brushing out the waves will not end in a look you want!

That’s it! Such an easy hairstyle and one that will get so many compliments. I also find that I can sleep on the beach waves after I’ve worn them all day and still have them looking good the next day. In other words (if you like the Dutch Braids for a day look) you can get three days of hair out of work on just one morning. Such a win!

I hope you liked this tutorial, if you have any questions just let me know! 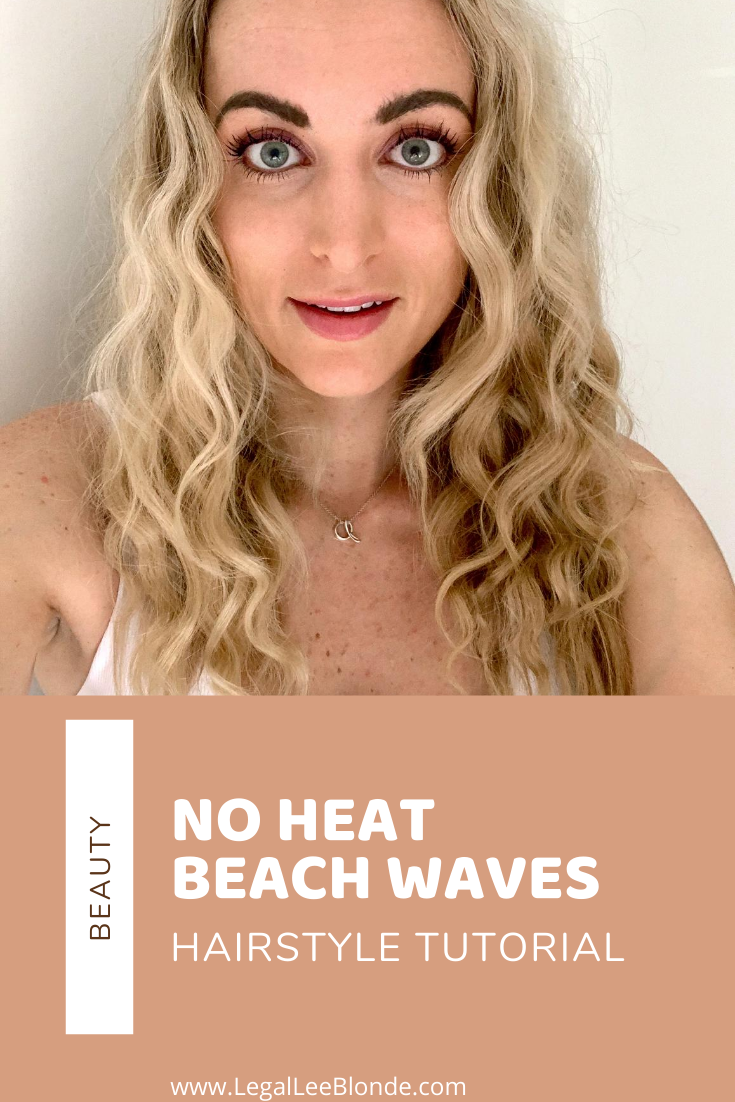 The Best Highlighter & My Favorite Makeup…