What NOT to Buy at the Nordstrom Anniversary Sale 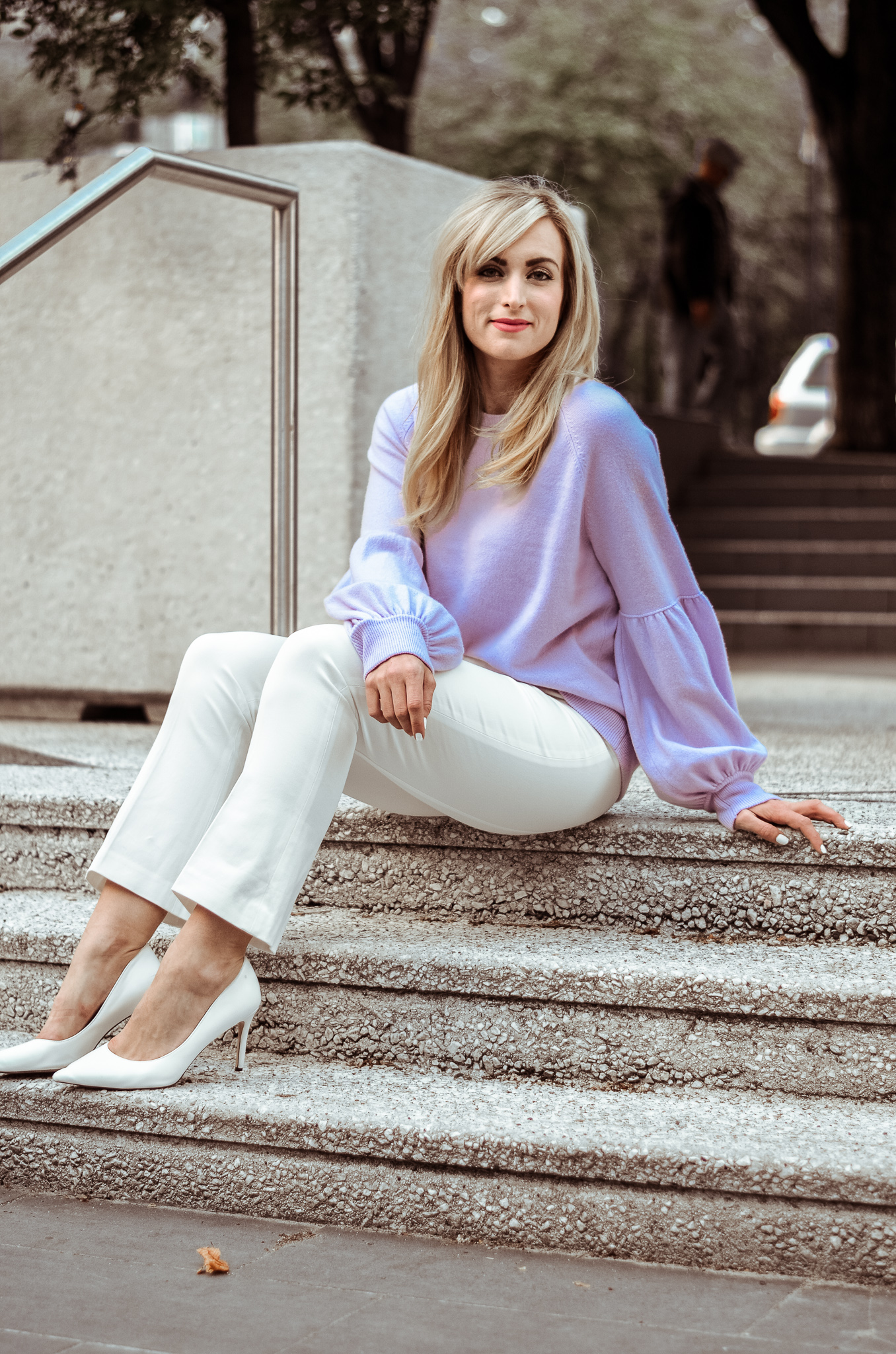 Pour yourself some coffee or grab some TEA (… get it 😂) because we are going to chat about what NOT to buy at the Nordstrom Anniversary sale. If you’re a LegalLee Blonde reader you know that you can always expect honesty and transparency from me – and that includes not just pushing random products on you for the sake of trying to make sales.

Now, don’t get me wrong – I love the Nordstrom Anniversary Sale as much as the next PSL-loving-ready-for-fall basic B haha. I am still buying a few pieces from the sale and have been rounding up my top 10 items to buy from the Nsale (by category) for those of you equally excited to shop the sale.

The reason I am writing this post though is because I think the hype can get so real around the sale and bloggers can go so overboard pushing every little thing that people end up wasting their money. And here at LLB we are not about that life. no sir. I’ve got a honeymoon to save for and am not about to go wasting money on crap I don’t need!

So, without any more rambling let’s get down to business and take a look at what not to buy!

What NOT To Buy at the Nordstrom Anniversary Sale 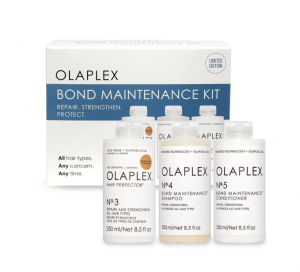 In this year’s NSale you’ll find a “Bond Maintenance Hair Care Set” consisting of the Olaplex shampoo,  conditioner, and the #3 hair treatment. It’s sold as a set for all 3 (full size not travel size) and is marketed as a “$126 value, on sale for $84”.

I am a HUGE fan of Olaplex. Best-friend-hair-salon-owner Maddie introduced me to Olaplex last year and now the shampoo and conditioner are my go to. They are game changing if you dry or damaged hair. The reason I’m telling you not to buy Olaplex at the NSale though is that this is one of those “sales” that really isn’t! One thing to double check with NSale items is whether the item is available at other retailers for the same or an even lower price.

While this may be a “$126 value” at the moment you can get these Olaplex products both at Olpalex and Amazon for the exact same price. They are sold on both sites for $28 each, totally $84 for all three – ie. the Nordstrom Sale “oh-so-good-sale-price-on-a-$126-value”. 🙃 So, not only does the NSale price not make any difference in cost, it also forces you to get all three products, where as if you’re not 100% keen on all of them you can get them at Olaplex or Amazon individually for the same price.

2. Spanx Leggings **not including the faux leather ones: 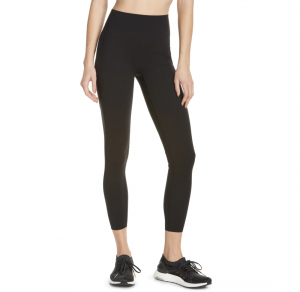 Just to be clear, I am not talking about the the Spanx faux leather leggings which are a great buy (and actually one of my top 10 closet staples / basics to buy at the Nordstrom Anniversary Sale) I’m referring to regular old Spanx leggings – the black or the fun colored ones.

Similar to the Olaplex, I’m not recommending against buying them because they aren’t good quality (they are so amazingly good), but because the sale price isn’t anything to write home about. For two years in a row now, Spanx has had a sale immediately following the NSale (mid-August) where they’ve had their leggings on sale for cheaper than they were at the NSale. This does NOT include the faux leather leggings though, which almost never go on sale.

Right now the classic black Spanx leggings are on sale at the NSale for $72 with a full price price point listed at $110. This is true, right now at Spanx.com they are $110. But history repeats itself and I would bet that in a month they’ll be on sale at Spanx for $70.

I’ve also found that throughout the year you’ll see great deals on Spanx at Nordstrom Rack.

Final verdict? The Spanx at the NSale Are a good price, but unless you are needing them right now, hold off and get them for a better price later in the year. 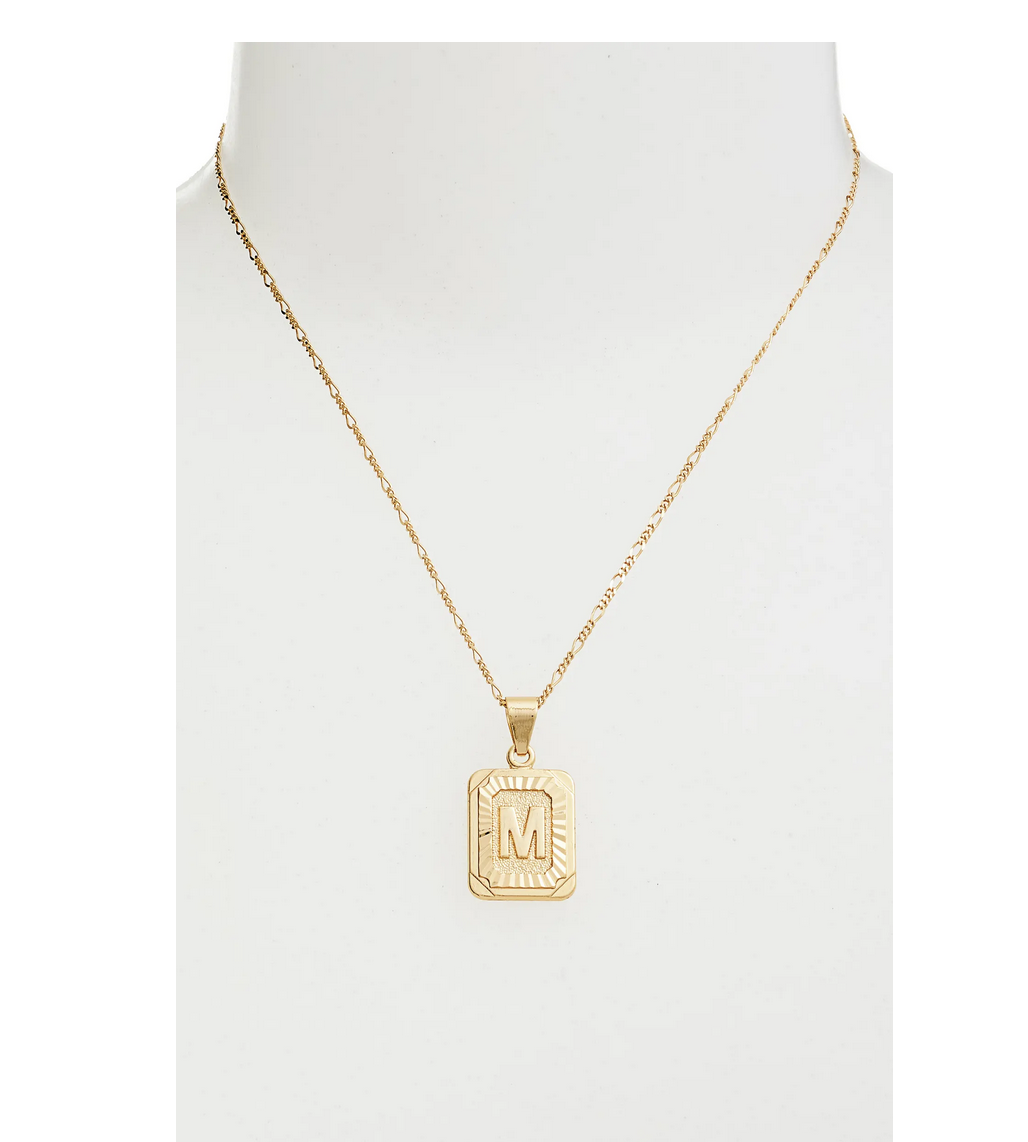 The Bracha Initial Pendant Necklace is a really pretty, on-trend necklace. If you follow more than a few fashion bloggers you’ve definitely seen talk of this! I agree that it’s a really pretty necklace, I like the trend of initial jewelry, but in my opinion the quality of this piece for the price is simply not there.

You’ll see on the Nordstrom site that the NSale price for this necklace is $30 and the after-sale regular retail price is $50. It’s not crazy expensive by any means but I would expect long-lasting, non-tarnishing for that price and, in my experience, you just don’t get that with the necklace.

What to buy instead? This initial pendant necklace from Trendsmax on Amazon! 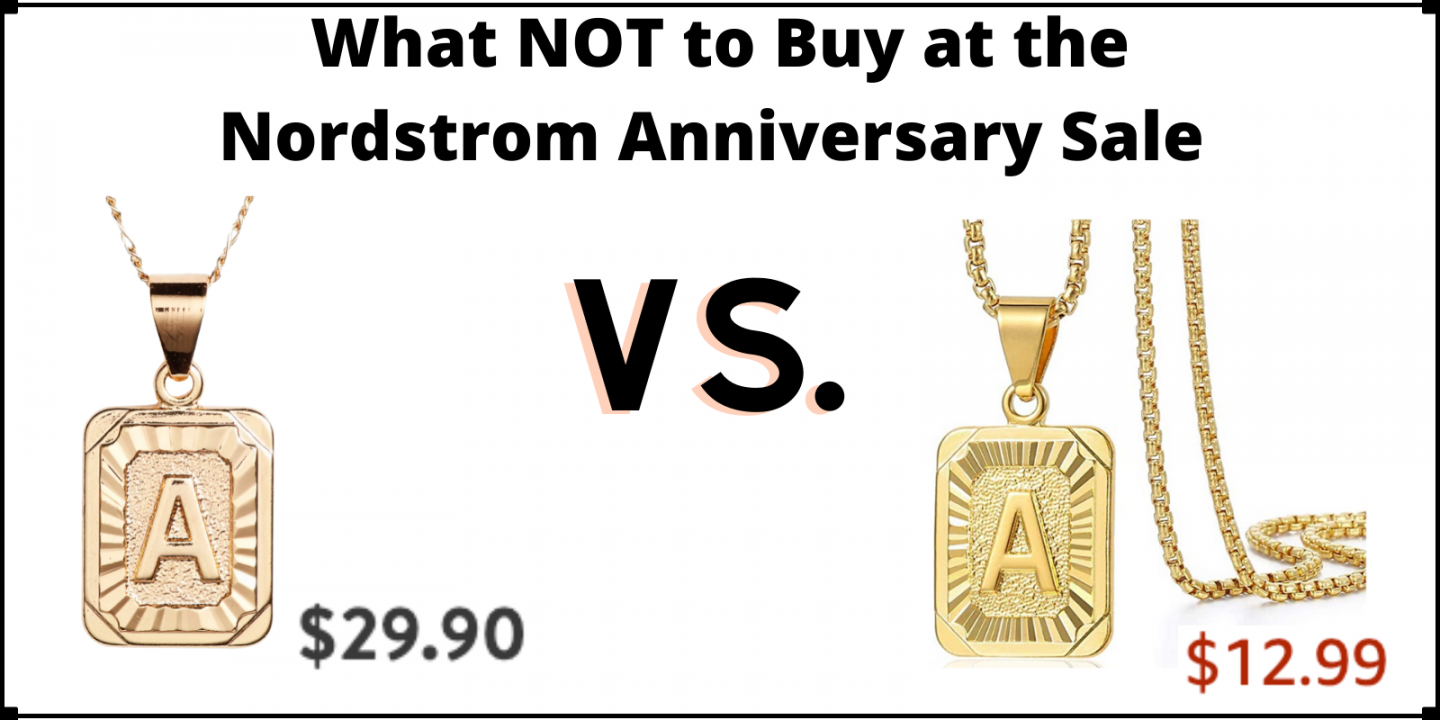 The look of these two necklaces is nearly identical (see the above photo) but the Amazon necklace is just $13. Do yourself a favor and just snag this one instead. Plus, unlike the Bracha necklace in the NSale, the Amazon find has all letters in stock! 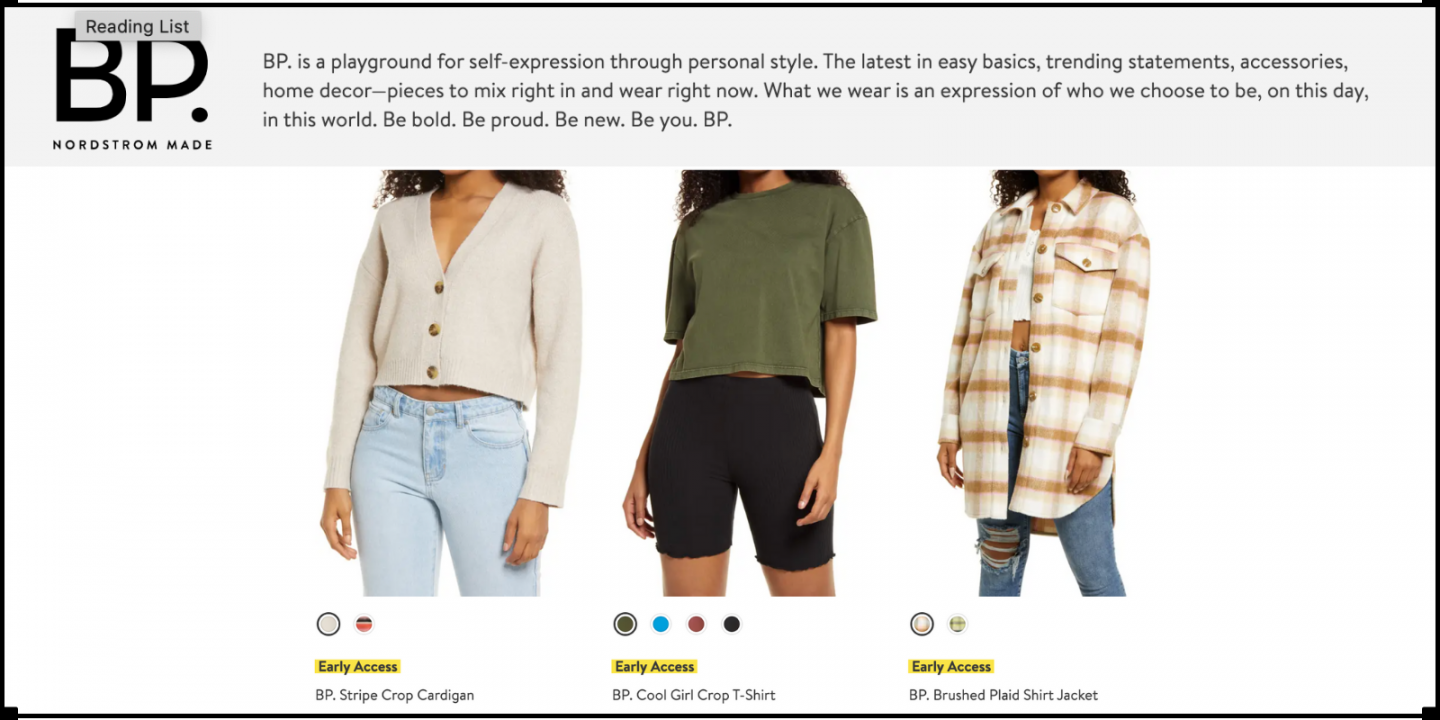 Last but not least as far as what not to buy at the Nordstrom Anniversary Sale – anything by the house brand BP. This is not because the brand itself isn’t good (I actually quite like their pieces) but because for whatever reason BP items tend to be restocked after the Nordstrom Anniversary Sale and as we move into fall those items tend to get crazy discounted. I’m talking half the price of the NSale “sale” price kind of discounted.

So, if there is an item you absolutely LOVE by BP, get it during the sale just so you have it, but if you’re more on the side of shopping the BP items as ‘picking up some closet basics to have for fall’ then the sale is not the best time to buy them. Hold off and pick them up in a couple of months. Personally I’m going to get this BP long sleeve mini dress because I absolutely love the color and side slit detail so it’s worth it to me to get it just in case it sells out. But other items like this soft and comfy tee and this crop tee I’m going to wait and snag later in the fall when I am sure they’ll be cheaper!

I hope you found this post helpful! I’ll be back tomorrow with a new blog post that is totally unrelated to the Nsale. Today I’ve got a busy work day ahead and plan on getting down to the beach tonight for a little picnic dinner since we’ve got the most beautiful, perfect summer weather here in Vancouver right now. I need to soak it up while we have it!

Speaking of soaking up the sun – Alex and I have are in the process of booking and organizing our honeymoon – EEK! We’re going to be going to Santorini and a few spots in Italy; Lake Como for sure and then we’re undecided between doing Capri, Florence, Milan or the Puglia region. If you have any advice on that or any Italy/Greece trip recommendations definitely let me know!

How I Ship to Canada from US…